Roger Moreno Rathgeb, composer of the Requiem for Auschwitz, before he lit a candle during the memorial service “Valkenburg liberated 75 years ago” remembered us of:

How many members of a people have to be killed until they are granted the status of victims of a genocide, or in the case of World War II of victims of the Holocaust? Hundred thousand? Five hundred thousand? A million?
It is estimated that during World War II between five hundred thousand and one million Sinti and Roma were killed. No exact number is known, because many of these people were not registered anywhere during the persecution. Another cause lies in the fact that many of them did not die in concentration camps, but were shot and thrown into a mass grave in several countries somewhere in the countryside or in a forest.

On May 16, 1944, a large-scale raid took place throughout the Netherlands, in which 578 people were arrested and taken to camp Westerbork. Finally, 244 of them were deported to Auschwitz-Birkenau on 19 May 1944. Only 31 of them survived the war. 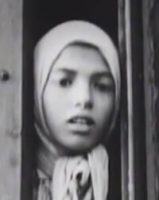 The most famous Dutch victim was the Sinti girl Settela Steinbach from the village of Buchten in the province of Limburg, the girl with the headscarf looking out the door of a freight wagon. For a long time she was the symbol of the persecution of Jews in the Netherlands, until the journalist Aad Wagenaar discovered her true identity in 1994. It took a long time before the Sinti and Roma people were granted the status of victims of the Holocaust. For a long time they were not eligible for compensation for their stolen property because they did not have the necessary written evidence. A financial contribution only came into being in the year 2000.

The majority of the Dutch society is unaware of these facts, because in history books, documentaries and during commemorations, only the six million Jewish victims are usually mentioned. The story of the “gypsy persecution” is usually overlooked. Hence the term “The forgotten Holocaust”. Only on 4 May 2012, the genocide on the Sinti and Roma was a central item during the national commemoration of the dead for the first time since the end of World War II.

More information: The Forgotten Genocide The Fate of the Sinti and Roma